Posted on March 6, 2016 by Kalaimathi Shankar

After my last post, I thought of writing about China currency system and this article is about it. If you look at China they started economic reforms since 1978 and they achieved world second largest economy status. Economist are saying even China will overtake US and becomes world largest economy in the -coming years, this is not possible without proper currency system. China achieved reserve currency status in the late 2015. There are few critical comments about the China currency and I am going to ignore that in this post, it is regarding the positive sides of Chinese currency system. I always admire this country because they reformed in short span and made it huge remarkable growth. Just compare the size and population of the country and regulating/reforming the country is not an easy task. 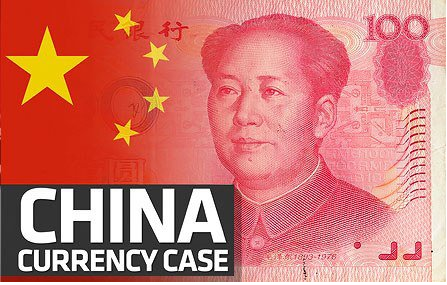 Let’s us classify the trade into three categories. This is not a thumb rule but most of the countries follow this

In the case of 1, trade invoicing will happen in exporter’s currency. For example, US is exporting goods to UK then US exporter will receive payment in USD.

In the case of 2, trade invoicing will happen in developed country currency. For example trade between China and US (developed and developing country).

If you see most of the trade is happening in developed country currency (International currency like USD, JPY, EURO, Sterling and RMB).

For better understanding in layman terms let us look at an example.

Let us assume country A told I will sell wheat and rice to you in X currency only(A’s currency). Now country B need bank account for currency X and they need lending market as well. Country A currency (X) in country B will be called as offshore currency. Lending rate of currency X will differ in Country A and B. Without setting up offshore currency infrastructure it is quite difficult for country B to buy goods from country A.

Why lending market is important for offshore currency?

If another country currency needs to be used in international transaction means they need loans in that currency and also offshore interest rate always differs from onshore market rate (marginally). For USD, LIBOR (London Interbank Offer Rate) is the lending market. Not only USD all the international currencies like JPY, EURO, Sterling lending rates are decided in this market by leading banks of this world.

Now get back to CNY and CNH, CNY is the official currency unit of RMB and CNH is the offshore currency.

Is RMB different from other international currencies?

Answer is yes, RMB (CNY) is the only international currency without having open capital account and flexible exchange rate (FX rate). Let us see these in detail.

What is international currency?

An international currency is a currency, which is capable of carrying value in international trade (invoicing currency) and there should be no restriction for residents and non-residents to hold that currency. Most importantly value of the currency should not get eradicated in time value relationship and also country should have well liquid financial system in capital market and debt market.

Open capital account means country should not have any restriction limit for the residents as well non-residents to convert the currency to another currency. In other words it will be called as convertibility of the currency. Most of the countries in today world have strict rules on capital account to avoid capital flight especially after ASIAN Financial crisis in 1997.

What is capital flight?

When the country currency value is getting devalued in international market it will create fear among the people in that country, their money becomes worthless in near future. Hence they will try to sell their own currency and buy other international currency like USD, GBP etc.

To understand this we need to revisit ASIAN financial crisis in 1997. Before 1997, Thailand was one of the best emerging economy in Asia and all the international investors were flown to Thailand for investment. Because of the fixed exchange rate regime, international investors exchange risk is limited and domestic investor also borrowed huge amount of money from other countries. There was no capital controls and it means foreigner can invest millions and millions of money in Thailand and domestic investor as well can invest in foreign currency denominated assets without any capital control. Speculative attack was done on Thailand economy and this leads to Thai Bhat currency depreciation because investors are selling Thai Bhat in international market and fleeing back. Central bank of Thailand made the currency to floating rate from fixed rate and this increased burden on domestic investors because they have to pay foreign currency denominated loans. It means they need to pay more (currency is devalued). Local people started to sell their own currency in international market to escape from devaluation. 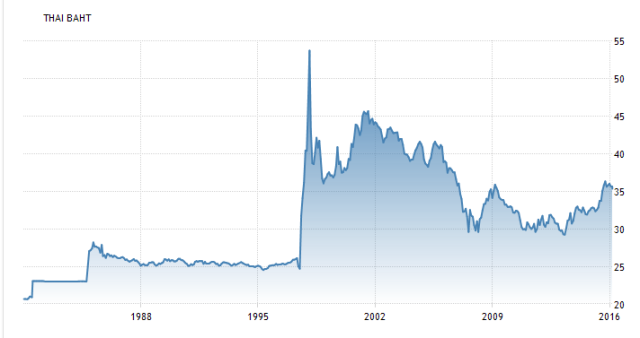 If you look at the above you can visualize the devaluation. All the foreign denominated loans are more costly and ratio of default got increased in the country. Entire banking system collapsed, unemployment got increased and stock market index lost huge amount of money.

What is meant by strict rules on capital account?

Imposing tight controls on citizens converting the country currency to another currency. For example, if individuals wants to expand business in abroad, there is cap amount and above that they need to get regulatory approval.

FDI and FII have threshold amount limit for investment in the country. If not, it will lead to another speculative attack by FII and FDI by pulling out massive amount of money from the economy.

What is meant by Convertibility of the currency?

Convertibility of the currency defines how easily country currency can be converted to another currency without any restriction.

For example, let us take Indian rupee which is fully convertible on current account and partly convertible on capital account. Fully convertible on current account means any Indian citizen wants to do business with other countries means they can sell INR and buy USD as FX spot transaction. For invoicing trade purpose they can sell & buy INR and there is threshold limit if it exceeds government prescribed limit. In capital account there are lot of restrictions for FII /FDI and citizens, they are not allowed to freely move the financial assets from India to another country.

I think from the above explanation bloggers can easily grab ideas about International currency, Open capital account, Capital flight and Convertibility of the currency.

Now get back to RMB, China decides to internationalize RMB because they are the world second largest economy with more depends on export oriented income. China act as a factory for rest of the world. Before RMB internationalization, Chinese exporter exports goods to other country, they will do trade invoicing in USD and they will convert to RMB in FX spot transaction. This involves FX risk for the Chinese exporters because if their profit falls down CNY becomes weaker against USD. To avoid FX risk, China decides to internationalize the RMB without opening up capital account. Hong Kong act as a perfect place for Chinese to taste the flavor of internationalization of RMB. CNH is the capital account liberalized form of CNY which is planned by Chinese regulators.

How China is trying to internationalize without opening up capital account? How they are using CNH?

Why China is so eager to internationalize the currency? Is it only because to reduce FX risk associated with trade?

Answer is pretty simple and it is “NO”. Once you become international currency you can accumulate more debt in the form of bonds. As I mentioned earlier in this post, if any business needs to expand they need more money. For money they cannot only depend on banks and they need strong capital market (Equity and debt market). Once you become international currency other countries will try to grab your sovereign government bonds and corporate bonds. Because other countries needs that bond for future investment purpose and country can accumulate more debt like US today. US is the world most debt country with 18 trillion dollars and running with deficits for the past few years. Even they are in deficit budget still countries and individual’s looks US bonds as a safest investment because international trades are happening in USD and they need US dollars for their future. Even China allowed CNH denominated bonds (DIM SUM bonds) in Hong Kong after RMB internationalization and international investors are flying to buy those bonds. Dim Sum market increased like anything from 2009 and you can look at the stats by googling over web.

Below are my questions in my mind for the past few months. Let us see how China will become international currency.

Will China overtake US and replace RMB as international currency?

Tough times for China right now. Will they overcome?

Will PETRO DOLLAR era will be replaced by PETRO YUAN?

Will China become fully convertible currency on both capital and current account?

This marks the end of my post. For any queries, you can query me in comments section. Thanks!